Ready-to-fly (RTF) racing drones are the fastest way to experience FPV and one of the best gifts you can buy for your friend or family. They require no assembly and minimal setup. Below are some of our recommended RTF’s to buy for your first drone, or if you are looking for a gift idea. 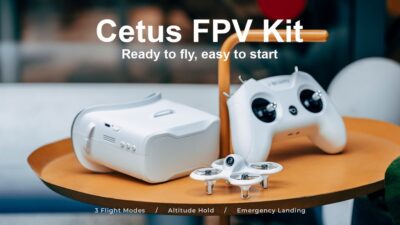 Compared to the Tinyhawk II and previous BetaFPV kits the Cetus Kit has a fantastic controller. It includes the LiteRadio 2 SE and packs incredible quality into such an affordable kit. It’s got actual RC-radio gimbals, not cheap toy-joystick potentiometers like most others in this range. It can connect to your computer via USB and be used to fly a simulator. It can even be managed in OpenTX Companion, the same software used to configure much more expensive radios.

The goggles in the BetaFPV kit include a diversity receiver and DVR. They’re not terribly comfortable for long periods of wear, but they get the job done.

Previous BetaFPV Quads have been pretty basic, the Cetus has completely flipped that on its head, offering some features that are seldom seen in FPV, let alone beginner RTF packages, boasting both altitude hold and an emergency landing feature. Offering 3 flight modes, to allow for straight forward and simplified beginner progression. Unfortunately, the Cetus only has brushed motors, which are a generally less powerful and responsive than other options in the RTF category, which would definitely be the biggest weakness of the kit.

The truth is that there is no perfect beginner RTF bundle. They all excel in one area and are weak in another. The quality of the LiteRadio in the BetaFPV kit is high enough that, for some people, it will make up for the middling quality of the quadcopter itself. Others will choose a kit with a high-quality quadcopter and plan to upgrade the controller later.

The Tinyhawk is a fantastic micro-sized quad. It flies great. And it’s durable as hell. Most people who own it have never even changed a prop. You can crash it and crash it and it will just keep flying. The Tinyhawk comes set up for beginners, with auto level mode active, and slow rates that make it as easy as possible to control. But the Tinyhawk is so much more than a starter-quad. Once you gain confidence, you can set it to acro mode and up the rates, and holy cow, it flies amazing! You won’t outgrow this quad. You’ll grow into its capabilities.

The goggles that come in the RTF bundle are bright and clear. Their resolution isn’t the highest and they’re uncomfortable if you wear them for a long time, but they’re more than acceptable for a beginner just learning. When you eventually outgrow the goggles, you’ll still keep them around for spectators to enjoy the experience of FPV. The controller is the weakest part of this kit. The gimbals are “toy-grade” at best. When you first start, you won’t notice the gimbals holding you back. When you get good enough to notice, you’ll be ready to upgrade to a keeper radio. 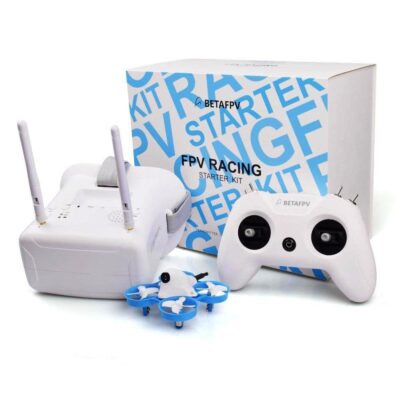 The EZ Pilot is a bare-bones version of the Tinyhawk II Micro II Kit. It features a cheaper drone with BRUSHED motors and a non compatible betaflight flight controller. Don’t get us wrong, you can still have loads of fun and time on this drone but if you can afford to spend extra to get the Tinyhawk II Micro, that would be preferred. 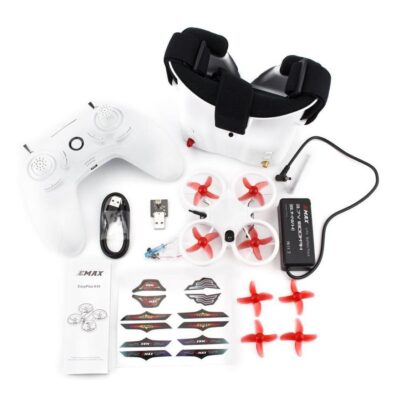 The Starter Kit is a bare-bones version of the Advanced Kit 2. It features a cheaper drone with BRUSHED motors and a non compatible betaflight flight controller. Don’t get us wrong, you can still have loads of fun and time on this drone but if you can afford to spend extra to get the Advanced Kit 2, that would be preferred.